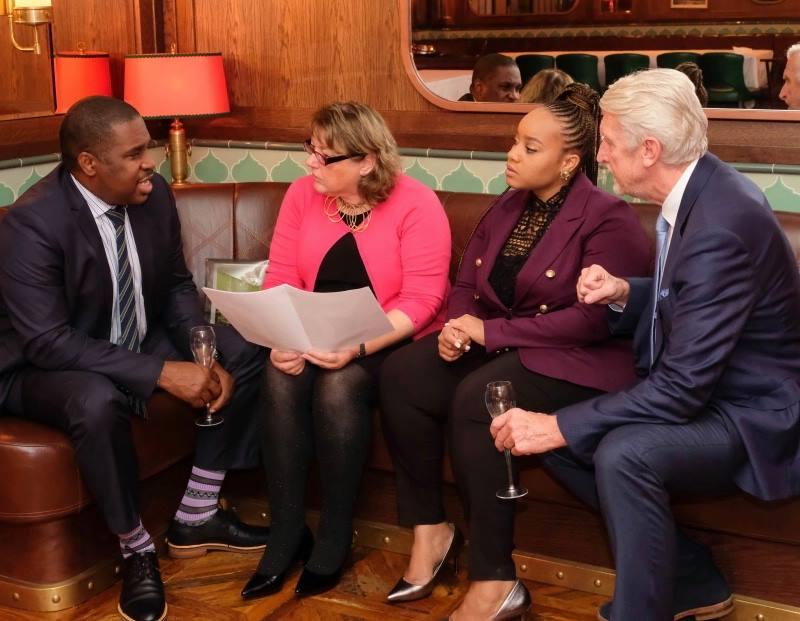 “Tobago Beyond” soft launch in the UK

The Tobago Tourism Agency conducted a travel mission across the United Kingdom from October 8 to 11, 2018, to introduce the new “Tobago Beyond” branding strategy and destination imagery to key United Kingdom tourism industry partners, and raise awareness in the UK market about the various flight options to the island.

The delegation from the Tobago Tourism Agency Ltd, led by CEO Louis Lewis, hosted events and conducted meetings in Dublin, Manchester and London with senior partners in the travel trade, including influential tour operators and travel writers from each city. Agency officials also conducted several interviews with the trade media as part of the soft launch of Tobago’s new brand.

While the full launch of the “Tobago Beyond” brand strategy will take place at World Travel Market 2018 in London this November, the soft launch in these three major cities was critical in helping the Agency to guide travel trade partners in the language they use to describe destination Tobago, the images they choose in its promotion, and the messages they convey in selling to potential visitors from the UK- Tobago’s largest source market.

Our trade partners in the UK have been very engaged in the discussion of what is Tobago’s brand for a long time,” CEO of the Tobago Tourism Agency, Mr. Louis Lewis stated. “The Agency’s ‘Go to Market’ Strategy forms a critical element in the turnaround of the tourism sector in Tobago, and a compulsory element for its success is the support of our international travel trade stakeholders.”

This three-city mission will set the stage for success of the Agency’s marketing initiatives going forward, and help us to nurture crucial relationships, forge new ones, and establish a strong destination presence in the UK that will aid us in achieving our goals of taking Tobago’s tourism industry beyond.”

In addition to building support and buy-in for the Tobago Tourism Agency Ltd’s new marketing strategy amongst key overseas trade partners, the Agency sought to highlight the ease of connectivity to the Thomas Cook flights from Manchester amongst key influencers, operators and press in Ireland, and raise awareness about the various flight options to Tobago via Gatwick and Manchester airports amongst stakeholders in England.

Among the UK stakeholders that Tobago Tourism Agency Ltd officials met with were representatives from Thomas Cook Airlines, Virgin Airlines, British Airways, Blue Bay Travel, and Travelbiz, the most read and viewed online publication in the Irish Travel Trade.